I can trace the company’s beginnings to a solemn family gathering on that first Thanksgiving after 9/11. Several of my closest family members and I started talking about the need to prevent terrorists from ever taking a plane and causing such destruction again. As our conversation evolved, we realized that air marshals need better tools to prevent future similar airline attacks. Thus, the idea of a soft polymer less lethal projectile, one that could be fired inside a plane without damaging critical components or harming innocent passengers, was born. 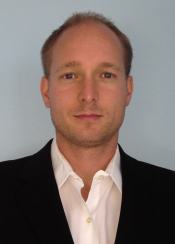 My engineering background with an emphasis in polymers combined with my R & D career with the largest non-lethal company in the world provided me with the knowledge and contacts necessary to design, craft and build a proof of concept prototype for 12-gauge shotguns. It took several months to get the necessary components together. However once I did, my uncle and I were ready to conduct our first tests. The initial testing site was headquartered on the second floor of my uncle’s unfinished garage. We had all the makings of a lab built on the very cheap. We constructed a ballistic clay target, set up a chronograph and marked off the distance to 20ft. I was the shooter and my Uncle the amateur videographer. I wish I knew where that tape was today as I’m sure some of what we were attempting would be a bit comical to watch.

Anyway, once everything was in place, I took aim and squeezed the trigger like I had done thousands of times when testing at other labs.   Much to my surprise, the prototype struck the target exactly where I was aiming and left the largest indent in ballistic clay I had ever seen from a 12-gauge projectile.   On further examination, not only was the indent significantly large in diameter, it was quite shallow. This result told me the polymer projectile was spreading its energy over a very large surface area. Basically it “pancaked” on impact. 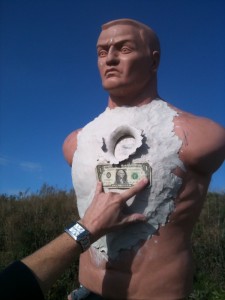 I really didn’t know what to expect in terms of performance before I pulled the trigger, but what I was staring at was by far the best and most accurate non-lethal projectile I had ever seen; and I have personally tested hundreds of different kinds of projectiles over the course of several years. The results of that first test told us several things. First, that this prototype was so much more than we realized. Secondly, this unique polymer I’d designed would be useful and effective for law enforcement on a number of fronts, and third – lives can be saved.

Several months later, this polymer projectile had gone through several iterations for consistency, accuracy, and reliability. It had been developed and engineered to be better than anything available.  However, my uncle and I were like most people with a great idea. We had high hopes yet no way of marketing or selling it. We had no knowledge of how to let the world know what we had made. No knowledge on how to get it out there and tell our target markets what we have. Our next steps were to try and figure out a way to make this happen. As we were starting down the road of sales and marketing, something happened on a personal level in our family that brought home the urgency of bringing our idea and the less-lethal projectile to market.

My cousin, Marine Lance Corporal Kyle W. Burns, was killed in Iraq during his second tour. It was an incredibly difficult time for all our family, most especially my aunt, uncle, and cousin. However, out of that tragedy came opportunity for our project. One of the bereavement officers, who brought the news of Kyle’s death to my aunt and uncle, happened to have strong ties to the joint non-lethal directorate at Quantico. During his time with our family one of the many conversations we had centered on the polymer we’d designed. He was so intrigued by what we had that he introduced us to people at Quantico; which led to several meetings and demos. Eventually we found ourselves in front of a large military audience on a very cold morning at Fort Irwin, California demonstrating our round. These connections were as important for the introduction of the product as any of the engineering and ideas that went into its construction. The information, feedback, and interest given to us after those demos gave me the impetus to continue to bring this unique 12-gauge less lethal polymer projectile to market.

The events of 9/11 started me on the path to what is now Integrity Ballistics. However, my cousin Kyle’s service to our country and his death played an even larger role in the making of this projectile compared to anything my uncle or I had accomplished until then.

That is why I decided our first product, a 12-gauge less lethal shotgun round, would be named the Burns 1401 in his honor. Today I, along with everyone else at Integrity Ballistics continue to make strides in the marketplace. However, I will never forget the events and the people, my cousin most of all, who were so instrumental in getting us to where we are today.